What is a "Motion Skeleton":

This is a special construction created from interconnected plastic parts and built into the doll's body, resembling a human skeleton in behavior.
Such a skeleton is an absolutely unique concept in the case of handmade fabric dolls. Thanks to it, the doll gains completely new posing skills, which makes playing with her much more attractive.

The motion skeleton will allow for:

-The doll can be posed in a far more expressive pose than before.

-Thanks to the possibility of shifting the center of gravity, the doll can stand on one leg).

-Bendable knees allow you to sit the doll on objects (such as a shelf) in a much more attractive and believable way and thus more eye-catching.

-Doll's legs are bent at many angles and in many places (not only knees, but also the pelvis and ankles) allow you to lean on objects on which the doll sits (for example, rocking horse, edge of the bed).

-Doll can turn her head not only sideways but also up and down !!!

The skeleton is not implemented in the arms and hands of the doll. The arms remain limp and hang loosely along the doll's body.

Adding the Moving Skeleton to the doll will increase the price of the doll.

Below are some BEFORE and AFTER photos of the "Motion Skeleton" implementation: 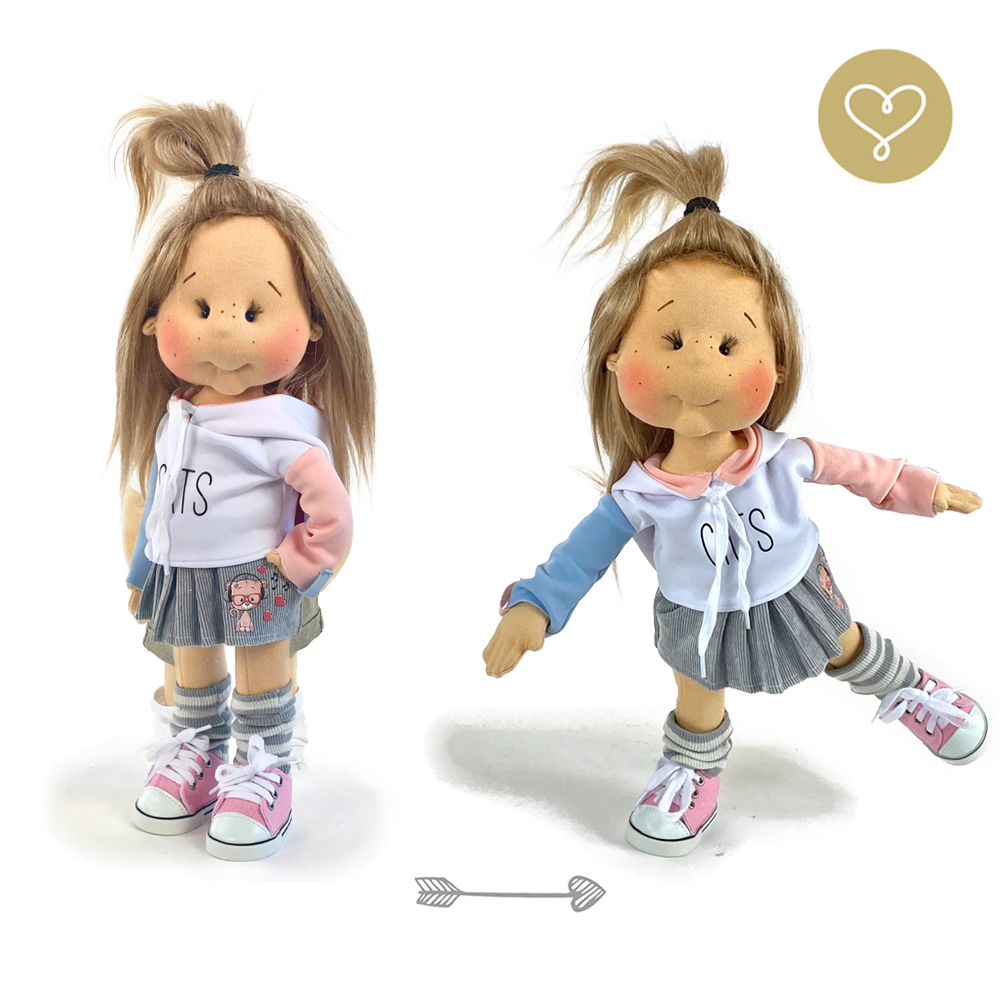 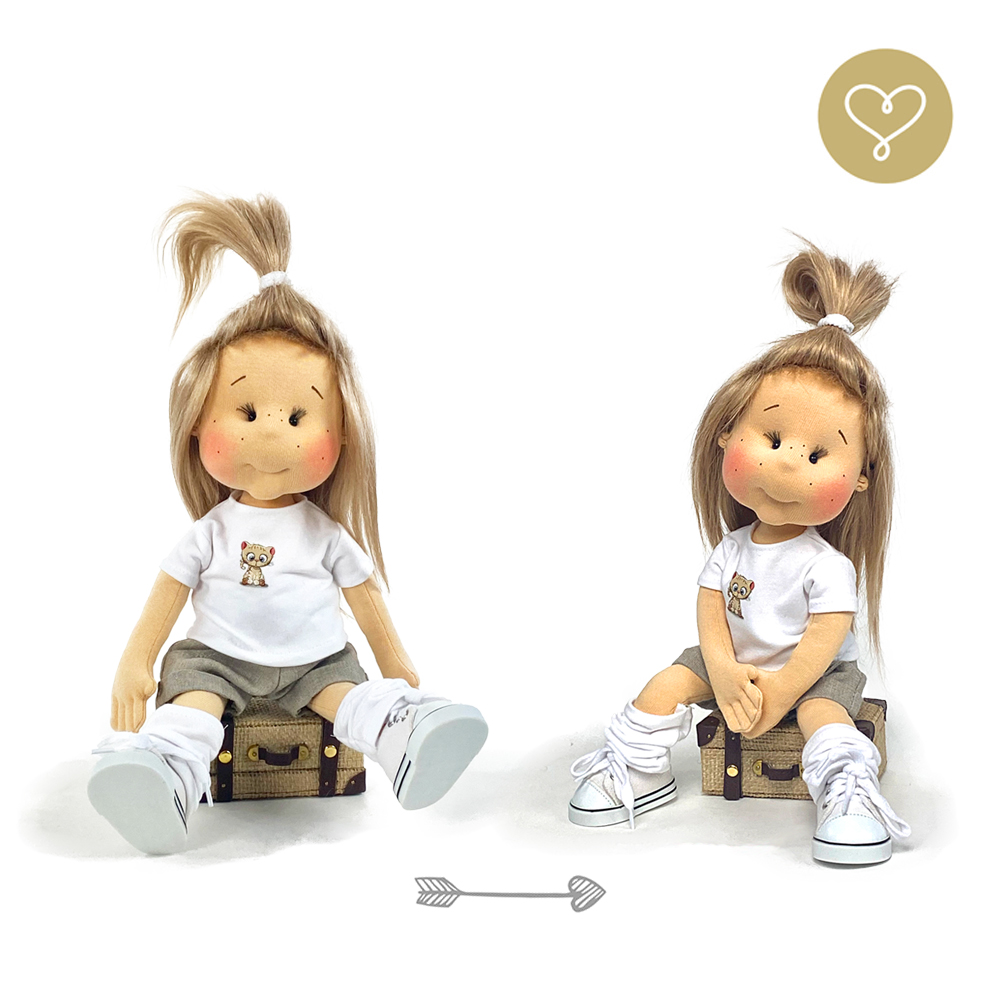 Below  You can see a group of dolls with Motion Skeleton Implemented posing in various poses: 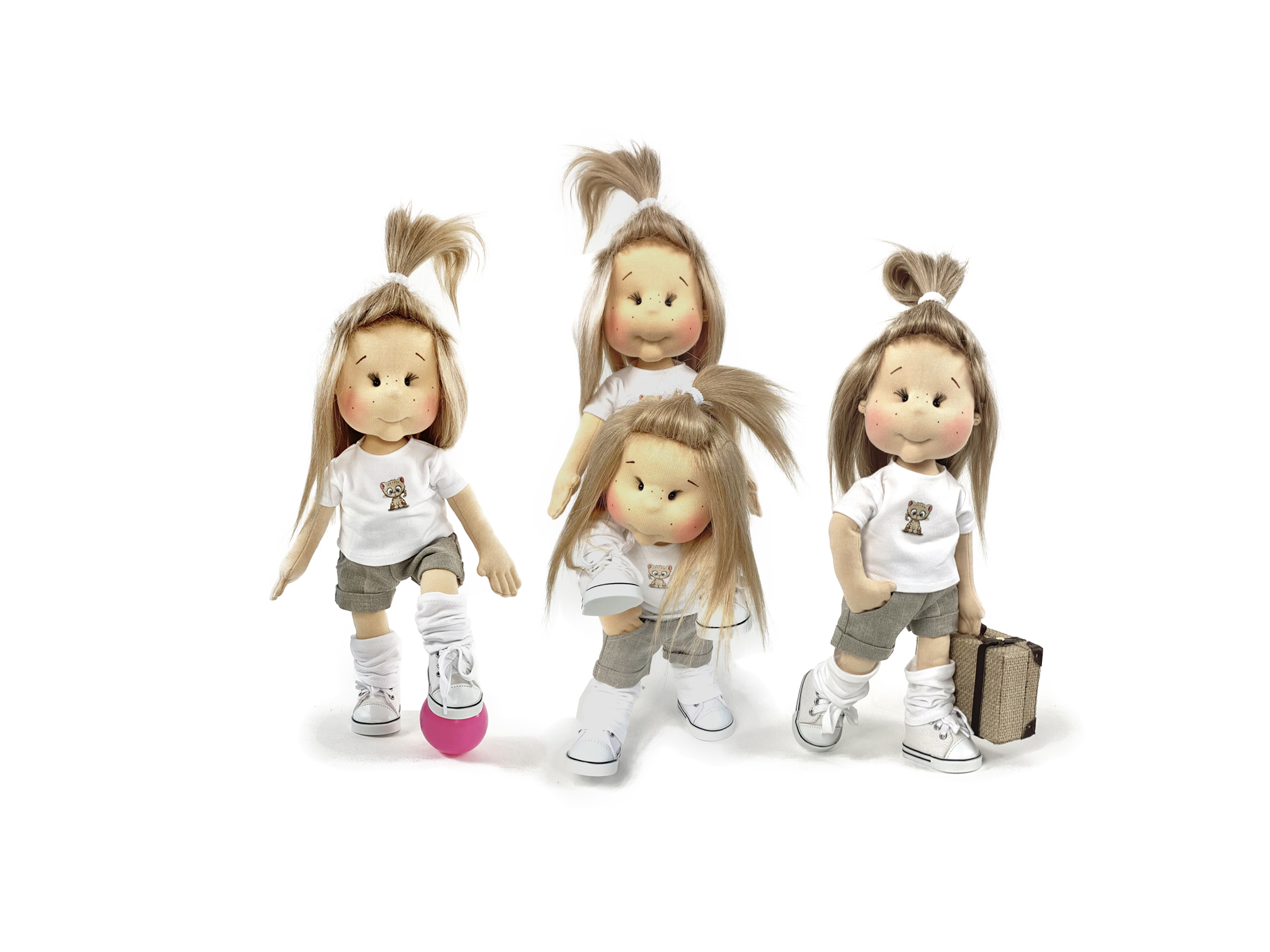 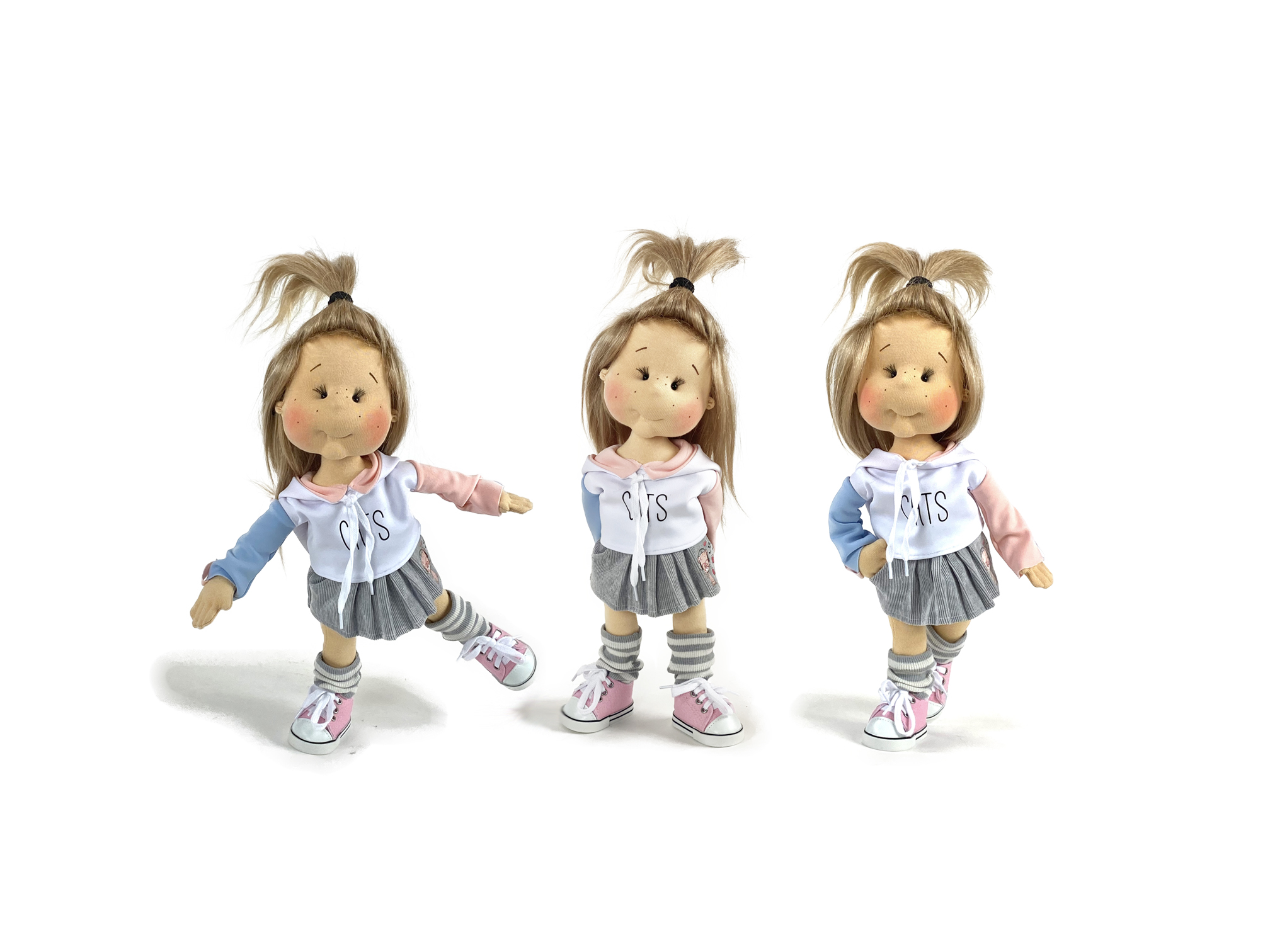