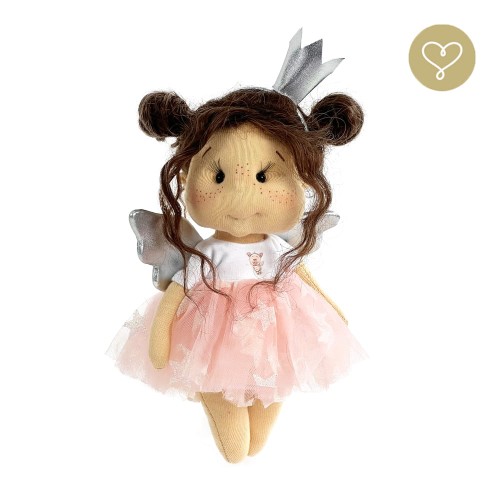 Did you know that there are tiny fairies living in every home? Hardly anyone has had the chance to see them, because they are very shy and always hide in the darkest corners of children's rooms. However, my dolls have managed to discover a tiny door under the bed that leads to their kingdom. They have become good friends and have been having amazing adventures together for days.

Meet Fairy The Mess. A very important and helpful fairy! Why? Because she helps children to keep their rooms tidy! When nobody's around, the mess fairy uses her magic spells to make sure that all the clothes in the children's wardrobes get sorted out by themselves! With a simple wave of her hand, she can get all the teddy bears to stand in straight line! Blocks, drawing books, stockings and crayons.... she can put them all on the shelves in just 2 seconds. Sometimes when she hears that the adults tell the children to tidy up the room "because they won't go anywhere" she uses her strongest magic and .... makes an even bigger mess in the parents' room! That's also one of her magic tricks!
The Mess Fairy knows how to fly on a magical puffy cloud just below the ceiling. But nobody has ever really seen it!

Ever since Fairy The Mess met the Lulludolls, she has changed...a bit. For the past few days, they have been playing on the farm at the suggestion of the dolls and have transformed the children's room into a real "pigsty" (apparently they are fans of the animated series "Peppa The Pig"). So if you ever look into your child's room and wonder if something has exploded in there..... don't blame your child for it.... It could be a sign that it is the messy little fairy who is doing her magic. Also be careful about saying " you won't leave your room if you don't tidy up.... " because ... well ... I already wrote above!

- "Lullu-Fairies" is a brand new line of dolls offered by "Lulludolls". My ambition is to create dolls for both the older and the younger ones.... so I am hoping that the fairies will appeal to all those for whom my other dolls may not have lived up to expectations (because, for example, they are too big or too heavy or too modern). The world of fairies is a magical one and many children find it more appealing. However, this does not mean that fairies cannot be an addition to my regular dolls. On the contrary.... they can perfectly complement the world of 'Lulludolls', where magic collides with the kinky character of my classic dolls.

-The fairy doll is approximately 20 cm tall, filled with certified polyester. The material used for sewing the doll is manufactured by a Swiss company with 120 years of experience in the textile market. The material is specially woven for the sewing of the dolls.

-The doll's hair is made of natural Alpaca hair.

-The doll has a movable head so that it can be spun from side to side.

-The fairy's clothes can be easily removed (to wash them or sew her own).

-The fairy's name is conventional and given for publication purposes only. It appears neither on the doll nor on the box.

-The doll is packed in a small box with a "window" (shown in one of the photos) . If you order a doll with a fluffy cloud the doll is of course packed in a larger box.

-The doll is intended for children over 3 years of age.

What is the "Puffy Cloud":

The fairy can't stand on her own. Well, look at her tiny little legs yourself! The puffy cloud is simply an elegant stand for the doll. The fairy can be "placed" in the cloud and looks great on a shelf in the children's room (much better than one that lying on a shelf or under a bed). In addition, the cloud can be an additional element of fun (after all, they are fairies flying on clouds!).

-The cloud is pleasant to the touch and relatively soft. It is made of cotton and filled with certified polyester.

These are the insignia of a fairy. They make magic so much more powerful! However, a fairy can do quite well without them too! Whether you want her to look regal is entirely up to you.

-The wings are attached to the doll with Velcro. They can be detached at any time

-The wings are made of eco-leather

-The crown is a hair band . It can be easily removed.

-The price of the doll varies depending on the variant chosen.

-The current price shown above is the starting price for the "without extras" version (i.e. without the crown, wings and puffy cloud).

-You can find more pictures of the dolls in the dedicated gallery:

YOU SHOULD ALSO CHECK 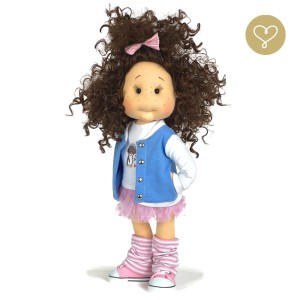 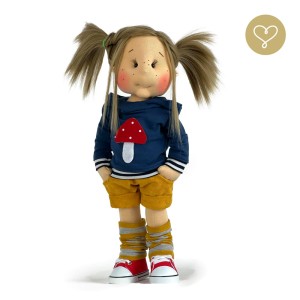 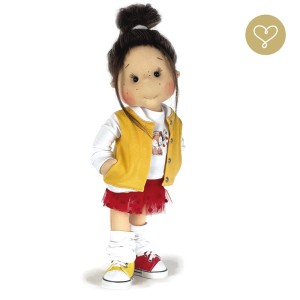 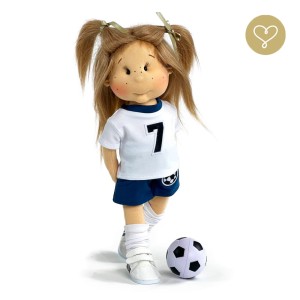 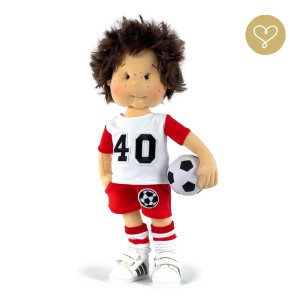 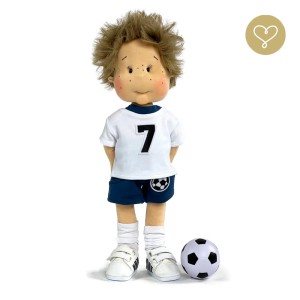 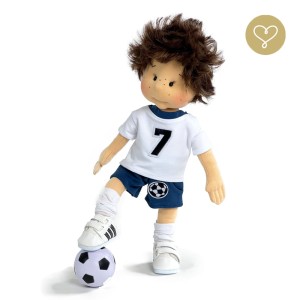